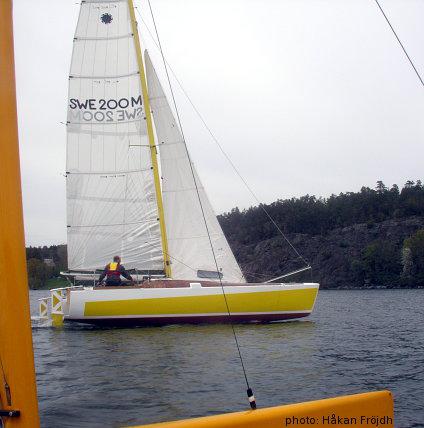 Daggerboards, pivoting centre boards or fixed keels are use to limit leeway. The efficiency of these leeway preventers has a big impact on our ability to go to windward. On other courses there is less need for leeway preventers and dead down-wind they are just drag. Well, they still help with traction but only small areas are needed for this. From this follows that daggers and pivoting boards have a big advantage over fixed keels. Since they can be retracted there is no need for a compromise between windward and downwind performance.

Below I will assume that 'optimum' windward performance is aimed for and the boat is strong enough to handle the loads generated by the boards. This is far from always the case and if it is not both board 'size' and structural engineering must be adjusted accordingly.

Here is my rant on what is important and what is merely icing on the cake when it comes to designing dagger boards. 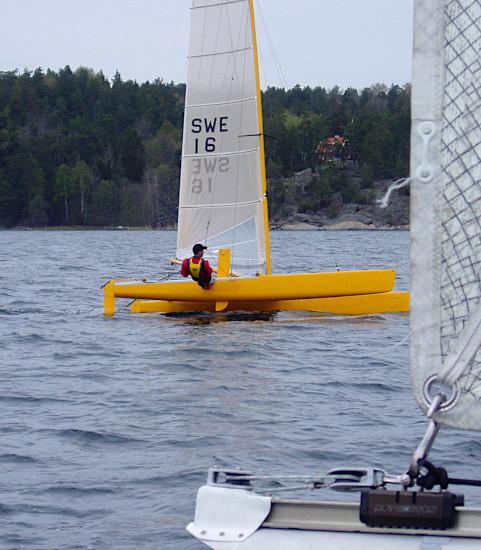 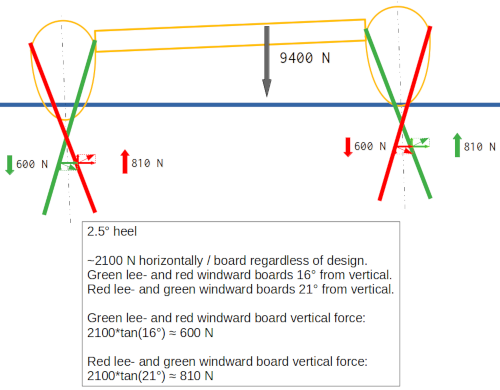 "Regardless of what you have been told, recreational use of mathematics is harmless" /Peter Olofsson